In 2016, WDN co-founded Emergent Fund to move rapid-response resources with no strings attached to communities under attack by federal policies and priorities. Led by an Advisory Council of organizers, Emergent’s participatory model enables them to respond to communities’ needs more quickly and efficiently than traditional philanthropy, dramatically increasing resources moved to the frontlines in times of crisis.

In this historical moment of profound economic hardship, the COVID-19 pandemic, anti-Black racism, and xenophobic sentiment, Emergent Fund moved $3.4 million to over 358 grassroots projects to build power and mobilize a new generation of leaders.

Emergent Fund was a frontline funder for Black Liberation movements and unapologetically stood in defense of Black Lives. In the words of alicia sanchez gill, the Executive Director of the Emergent Fund: 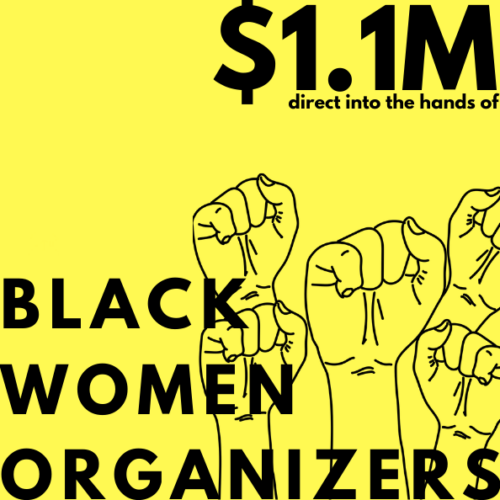 “Black organizers shifted and expanded the fabric of the universe by showing us what was possible when we invest in liberation.”

What’s on the Horizon

Emergent Fund is evolving their participatory decision-making process and shifting to providing both rapid response funding as well as multi-year support for a cohort of organizers. As a proud sustaining funder, WDN is building a grantee pipeline from Emergent to our Jean Hardisty Initiative in order to provide an ingrained structure for collaboration and multi-year support of grassroots leaders. Emergent Fund will also be releasing their first annual report this fall! Watch this space for more updates.

« Understanding Defund the Police: Contextually, Historically and Strategically
Rapid Response Funding to Louisiana in the Wake of Hurricane Ida »