In Communities, In Courtrooms, In Philanthropy, In the Streets – Celebrating the Transformative Leadership of AAPI Women

Asian American Pacific Islander (AAPI) women are reimagining our present. They are leading movements in their communities, in courtrooms, in philanthropy, and in the streets to bring us into a brighter world than the one we’re living in today. As we celebrate their heritage during the month of May, we also celebrate the future they are fighting to build. Take a look at some of these outstanding leaders from our network of changemaking grantees. 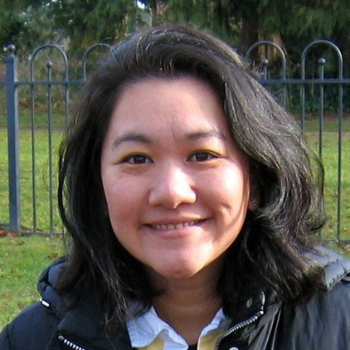 After working at Columbia Legal Services from intern to Executive Director for nearly twenty years, Aurora Martin founded popUPjustice, a community building, and social innovation consulting firm. A lawyer, leader, and creative producer, she is currently the Co-Executive Director of Front and Centered, the largest coalition of communities of color-led groups in the pacific northwest.

“We have a collective history, an identity, and a trajectory to do good. Be different. Be hopeful, in the face of unleashed hate and the unraveling of our country.”

To hear how she became a powerful advocate and her expansive thoughts on how to reimagine justice, listen to her interview on AdVocation Nation. Aurora’s Twitter. 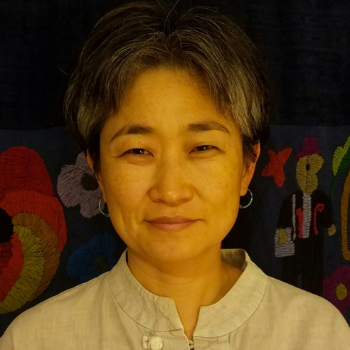 For over 30 years, Chung-Wha Hong has furthered social justice causes locally and internationally through organizing, policy advocacy, coalition building, and philanthropy. As Executive Director of the New York Immigration Coalition, Chung-Wha helped grow the organization into a massive political force through vast coalition building, lobbying, and protest work including organizing the largest immigrant rights rally to date in New York City. New York Magazine named her one of the Most Influential People in Politics for her leadership. She is currently the Executive Director of Grassroots International, where she has expanded long-term partnerships and projects to support movement building for food sovereignty, grassroots feminism, human rights, climate justice, and healing.

“Let’s join together. Let’s mobilize. Let’s educate. Let’s vote. And let’s open up a bright future for everyone.”

Watch her speech at the end of the 2006 New York City immigration rally where thousands gathered to fight for immigrant rights. 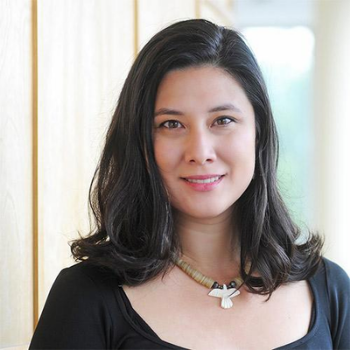 Isabelle Leighton is the Interim Executive Director for the Donors of Color Network, the first philanthropic network connecting individual high net worth people of color to leverage their giving for racial equity. Isabelle has worked for over 20 years to grow social justice and movement-oriented organizations including as a Founding Director of Equality Fund, a philanthropic advocacy project launched by Asian Americans for Equality to organize donors and community leaders and create equitable, sustainable communities in New York City.

“Philanthropy has an incredible opportunity today – as it has for decades – to take on risks, be innovative, and leverage its resources in the most inspiring ways. Now is the time for philanthropy to be bold – to include more diverse experiences and voices while acknowledging the inequities within the space.”

In a recent interview with Philanthropy News Digest Isabelle shared her thoughts about barriers donors of color face and how to make philanthropy a more inclusive and equitable mechanism. 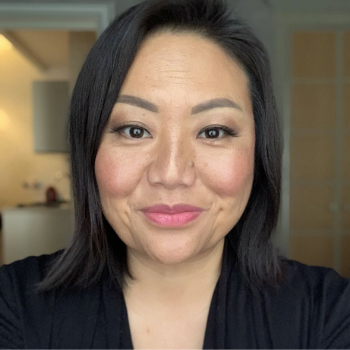 Kabzuag Vaj has dedicated the majority of her life to ending gender-based violence and working to build collective power and social change within Southeast Asian and Black communities. She Co-Founded Building Our Future to change traditional practices and beliefs that contribute to gender-based violence within Hmong families and is also a Co-Founder of Red Green Rivers, a social enterprise that works with artisan makers from the Mekong Region in Southeast Asia. Currently, she is working to challenge the root causes of violence, poverty, racism, and discrimination as Co-Founder and Co-Executive Director of Freedom, Inc. She was recognized as a White House Champion of Change in 2011.

“Gender justice is a human right for all women and girls to live free of violence and oppression. We are the sheroes our ancestors have dreamt of.”

In 2020, Kabzuag was named one of 20 Women of Color in Politics to Watch by She the People. Listen to her interview with the Brown Girl’s Guide to Politics after the nomination. Kabzuag’s Instagram. 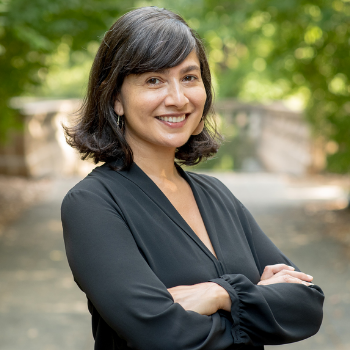 Premal Dharia is the Executive Director of the Institute to End Mass Incarceration (IEMI) at Harvard Law School. For nearly fifteen years, Dharia worked on the criminal legal system’s front lines, representing individual clients as a public defender in Washington, D.C., Baltimore, and the military commission at Guantanamo Bay. As founder of the Defender Impact Initiative, she worked to reimagine the role of public defenders as systemic change agents, engaging community organizers, advocates, and attorneys in the process, and she continues and expands on that work in her leadership with IEMI.

“The United States is addicted to incarceration and punishment. This is not an accident, and it did not just happen on its own. We make choices every day – political choices, policy choices, cultural choices – that shape our systems.”

In this article based on Premal’s 2021 testimony to the House of Representatives, Premal makes clear how we could dramatically reduce the number of people in prison with a handful of changes before they even get to trial. Premal’s Twitter. 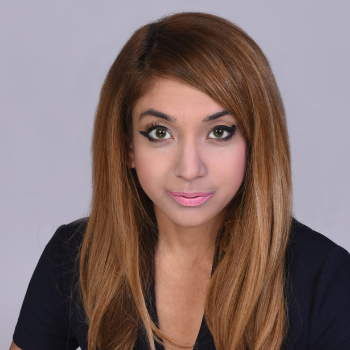 Rupali Sharma is Senior Counsel & Director of the Lawyering Project, a national organization that works to eliminate laws that undermine reproductive health, rights, and justice, and enforce other forms of oppression. Previously, Rupali served as a Legal Fellow at the Center for Reproductive Rights, where she successfully litigated challenges to unlawful abortion restrictions in the U.S. and Ireland including the historic Supreme Court case of Whole Woman’s Health v. Hellerstedt.

“I will continue working with reproductive rights leaders to ensure all women, of all backgrounds and status, have control of their bodies and their futures.”

Read her article in Refinery29, What It Was Like To Work On The Landmark Supreme Court Case On Abortion where she discusses arguing Whole Women’s Health v. Hellerstedt.

These women are bringing this country into a new future. As a donor network, we stand in solidarity with their movements and aim to support them in a more equitable way – our goal is for our philanthropy to reflect the equality and justice they are building towards.

The people featured in this blog are leaders of organizations that the Women Donors Network is proud to support. Learn more about our grantmaking and how we are moving towards more equity in our work through trust-based philanthropy.