WDN Connect is our annual conference. We come together every year as a network and community. This year, we held our conference in Atlanta, GA. Read on for highlights from our invited speakers. 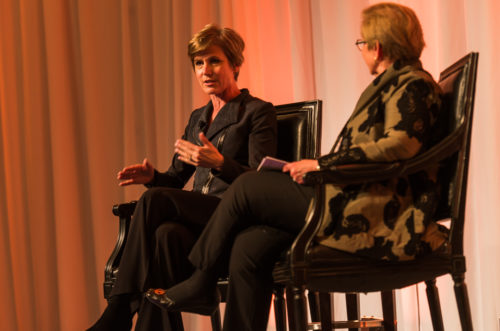 Former U.S. Deputy Attorney General (and Atlanta native) Sally Yates shared her story about refusing to defend Trump’s Muslim ban and gave us advice on how to stay engaged even when the rule of law is under attack. 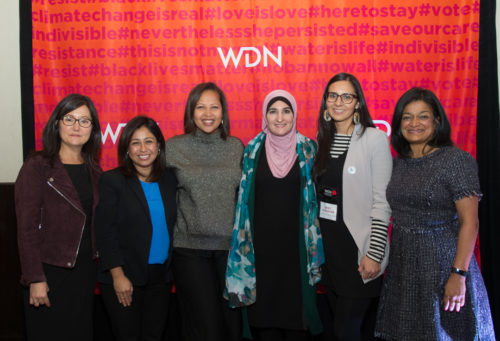 We heard from five incredible, intersectional feminist organizers who are putting it all on the line in service of their vision for justice.

Linda Sarsour described the hustle required to be a civil rights leader—from withstanding weeks away from her children to paying for her own security detail.

Each woman on that stage shared how they challenge white supremacy and embrace intersectional feminism in their groundbreaking work. WDN has supported several of our panelists via our strategic initiatives. Learn more on the What We Fund page.

White Rage and How to Take Action 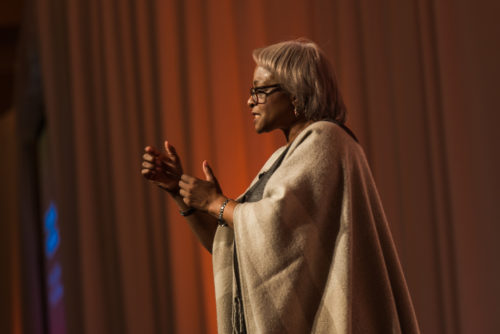 Professor Carol Anderson gave us a riveting overview of “White Rage” and described how white supremacy has evolved through the 20th Century through today. She focused on the policy and structural issues at play and gave us advice on how to combat the white rage we see in our day to day lives:

“The key element is white people having conversations with other white people about how this all works and how white rage is destructive because it gnaws away at society. Keep asking questions and don’t fall into the soundbite.” 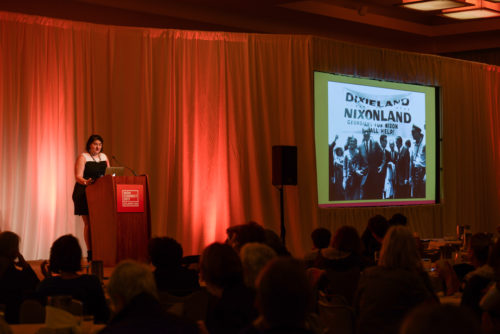 Fueled by demographic changes and growing movement energy, new civic engagement models are emerging that center the needs of communities and focus on regions of the country that have been neglected by mainstream politics.

Texas Future Project’s Tory Gavito described some of these models and made it plain: we have a moral and strategic imperative to mobilize a progressive base in the South and Southwest. We know what it takes to turn our big vision into reality. There are three core concepts that are needed to make people’s lives better now: 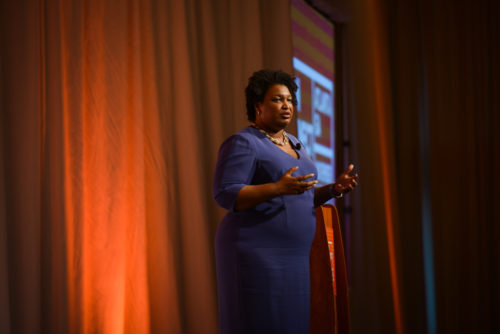 Former Georgia State House Minority Leader Stacey Abrams closed the conference. She shared her story, from her family’s humble origins to the educational excellence they achieved. Her upbringing was shaped by her parents’ three simple rules:

Go to church. Go to school. Take care of each other.

For Stacey, this means caring not just for our families, but for our entire communities.

Finally, Stacey made the case that in places like Georgia, the way to achieve our progressive vision is to invest in multiracial coalitions.