When Maacah Davis Is Told It’s Undoable, She Does It 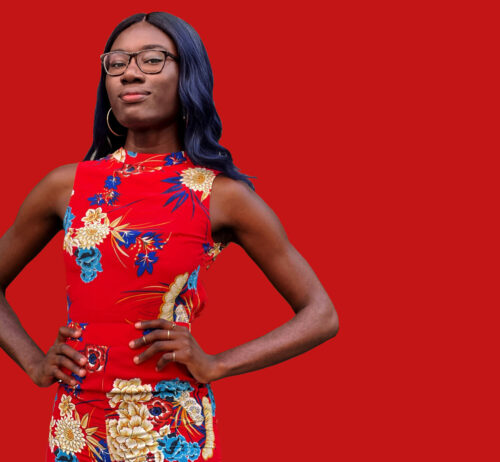 WDN strives to leverage our multigenerational nature. When we have members from various generations we can all be inspired by a range of wisdom, experiences, and ideas. New members like Maacha believe in the intentionality we are taking to make WDN a welcoming space for all. Born in Cameroon and having spent much of her childhood between Nigeria and Ghana, at the age of 11 Maacah found herself in sleepy Birmingham, Alabama.  At 19, she founded the town’s first fashion magazine belladonna, and hasn’t stopped creating since.

Welcome, Maacah! Tell us about what it was like to found belladonna – the only Black-woman-owned fashion magazine founded in the US in years – at age 19. What did that experience teach you about yourself?

I started belladonna out of rebellion. Over and over again people in southern fashion told me they didn’t have women of color in their shoots because it was nearly impossible to find photogenic models of color in the south. I founded belladonna to prove them wrong – and also to give the creative community in Birmingham a playground for their work. I taught myself how to edit, published my first issue on a free magazine publishing software with a 30-day Adobe free trial, and shared it on Facebook. When people responded positively to it, I decided to keep going. At first, I felt so much self-doubt – it wasn’t until the sixth or seventh issue that I said, “okay, this is what I do.”

belladonna taught me how to be a leader, how to bring the best out of teams, and most of all it empowered me; it taught me that very little is out of reach if I simply try.

You do what people claim is undoable. You talk about how women of color are typecast into these extremely narrow roles in fashion following the belief that they can’t successfully take on bigger roles. Your work has disproved this. What lessons can philanthropy draw from your journey to center BIPOC women?

Honestly, be about it. That’s really what it boils down to for me. If you’re not centering us, it’s because you don’t want to. Be honest about that; don’t say you’re not funding POC organizations or solutions because they don’t exist or they’re hard to find. If you want to center POC organizations, you will. It’s that simple for me.

Why do you prioritize joy so much in your body of work? How do you create change through joy?

I spent years of my life working on my internal narrator by turning away from self-deprecation and feeding joy. This practice had such a positive impact on me that I could only imagine what effect doing the opposite would have had. Joy is my medicine – it counters all of the terrible headlines I see every day and allows me to keep doing the work I know needs to be done. Joy is also an act of rebellion. As our primary motivation, it allows us to start asking ourselves, “What do people need to thrive, not just survive?” And when you start asking that question, I think you come up with more aggressive, effective solutions.

You’ve done so much work in Birmingham. In addition to starting belladonna, you founded MaacahEats, a series of restaurant experiences in the city, and you bring funding to creatives through your work with the Garden Grant. How might these experiences influence your philanthropic work?

All of my projects have one common thread and that’s getting marginalized, historically excluded creatives paid and connected. I’ve met some of the most intelligent, talented, and capable people in Birmingham, and I sometimes say they deserve better than here. I don’t think where you’re born should determine your opportunities and quality of life; I see philanthropy as a way to balance the scales, when done right.

That’s what inspired my Garden Grant. I saw foundations requiring creatives to jump through thousands of hoops to get $500 and many art spaces are just as restrictive. The breadth of ideas people can create when you give them freedom, power, and help is both fascinating and inspiring.

What drew you to join WDN?

The Emergent Fund drew me to join WDN. It was the least restrictive fund I found in the country and has a broad definition of what activism can be, which is how I structure my own funding. I wanted to be involved with the people who founded it – I could see they were also people who went against the mainstream. I wanted to learn how to be a great philanthropist and it seemed like this group of women were doing philanthropy the way I wanted to do philanthropy.

In other circles, I ask blunt questions and am met with uncomfortable silences. I point out that philanthropy is acting as an extension to many of the problems with society instead of a solution. It wasn’t until I came to WDN that I met people who not only agree but are doing something about it.

You talk about your responsibility as an artist to “do better” by pushing back against racist, sizeist, ableist industry standards. What do you believe philanthropy needs to do better?

Philanthropy needs to plan for its own obsolescence. It needs to start meeting the goals that it’s been raising money for for decades. So many prominent philanthropists and foundations raise millions to, say, solve world hunger, yet they’re not paying their staff living wages. They aim to create an equitable world, but they’re not talking or listening to marginalized people. Philanthropy can so often feel like a performance or even corporate-lite, and it’s time for any organization that calls itself a philanthropy and any person who calls themselves a philanthropist to stop allowing inequity within their own ranks, solve the problems they’re built for, and bring the people who are doing the work, the communities that are affected, to the table.

« Rapid Response Funding to Louisiana in the Wake of Hurricane Ida
Disinformation in a News Desert: My Experience in Stockton »