System Failure: What the 2020 Primary Elections reveal about our democracy 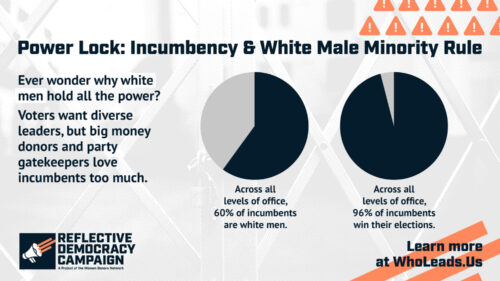 The Reflective Democracy Campaign today released an analysis of the 2020 US primary elections by race and gender — a detailed look at who ran for office and who won, by race, gender, and incumbency status. The report, titled System Failure: What the 2020 Primary Elections reveal about our democracy, explores the causes of white male minority rule in US politics. At just 30 percent of the population, white men hold 62 percent of all elected offices — but not because voters want it that way.

The full report including data visualization graphics and charts can be found at wholeads.us.