A Rising Tide? The Changing Demographics on Our Ballots

The Reflective Democracy Campaign, a collective initiative funded by WDN members, has just released our latest study, an analysis of the race and gender of candidates on the ballot in November. We looked at congressional and governor races, as well as a sample of state legislative races, and we found some historic shifts. WDN members launched the Reflective Democracy Campaign five years ago, and through our consistent investment, we are seeing results. In the face of the repressive policies coming out of Washington, women, especially women of color, are taking back power and running at much higher rates than in 2012.

Check out the press coverage so far: 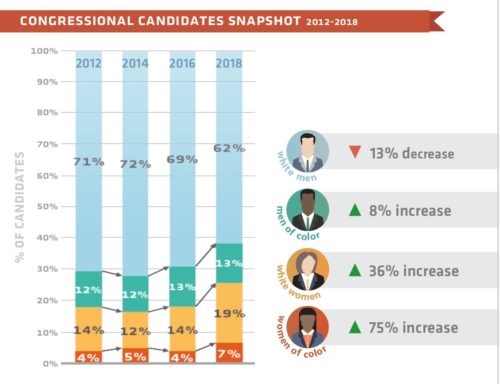