Today is the day we redefine “electability.” We’re thrilled to share that the Reflective Democracy Campaign has just released its latest dataset and the results speak for themselves—white men’s electability advantage is a myth.

When reflective candidates are on the ballot, they win as often as white men.

We’ve already been covered in the New York Times, “Gender Gap Closes When Everyone’s on the Ballot, Study Shows.”

This is a huge deal. With “electability” dominating the conversation leading up to 2020, the Campaign ran the data on thousands of candidates and elected officials to see who is winning elections today and found a historic upheaval in the demographics of American political power.

Read all about it in our latest report, “The Electability Myth: The Shifting Demographics of Political Power in America,” which is now available on wholeads.us. 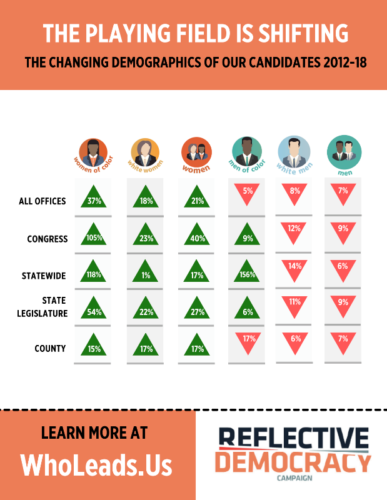 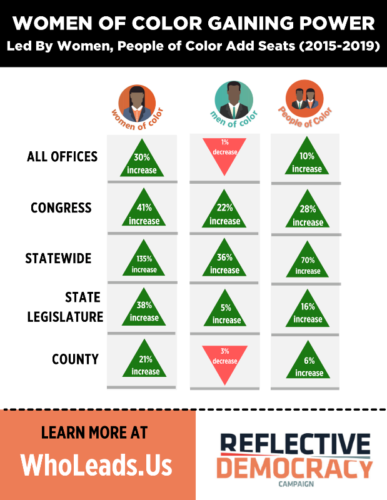 Women of color are driving progress:

In 200 of the biggest cities, women are making mayoral inroads:

While we still have a long way to go, we’re excited that not only are more women and people of color running for elected office, but they are winning too.